The Future of Workplace Tests: What’s in Store for Organizations and Employees?

With the heightened popularity of workplace tests, nowadays, recruitment and long-term talent management have changed dramatically.

While discrimination is still alive and well, the room for bias within the workplace – especially when it comes to HR-related decisions, is gradually disappearing. Beyond the emergence of psychometric personality assessments – those that characterize employees according to their behaviors and attitudes in the workplace – and the rise of mobile assessments, what are the trends we’re now seeing in this field?

As of 2018, it was estimated that 42 million people in the US would leave the workforce. At a time where the loss of productive labor and company turnover is high, organizations need to ensure better workforce planning.

While gamification is neither new nor novel, it’s only beginning its ascent in the psychometric testing niche.

For those somewhat skeptical of this approach, there are demonstrated benefits of adding an element of gaming to psychometric assessments for employees. Firstly, it reduces the effect of demand characteristics in test-takers – i.e. they’re less likely to respond in a certain way because they believe they’re expected to.

It also minimizes much of the uncertainty inherent to taking these tests, which stems from a lack of self-awareness many individuals suffer from. It also reduces the fear factor – games produce less stress and worry within test-takers.

If this new, game-like version of workplace tests advance to a stage where employers no longer need to rely on resumes, it can even reduce unconscious bias.

Tests will shift away from measuring cognitive skill alone

Another trend we’re likely to see is the prioritization of values like emotional intelligence and self-awareness over mere IQ points.

Emotional intelligence refers, loosely, to an individual’s ability to identify and process their emotions and those of others. This includes the ability to empathize with another’s situation and react sensitively and constructively.

Self-awareness is tied to this and refers to the understanding we have about ourselves: How we understand our own strengths, challenges, and more importantly, how we react or behave in certain situations.

While it may be a little hard to imagine that employers will prioritize these values above those like cognitive abilities and IQ, there is growing evidence of this. With millions of Americans reporting that they’re not engaged at work – a fact that results in losses in the billions to organizations every year – greater self-awareness could be the solution to this.

By understanding what stimulates you and makes you feel engaged and energized, it’s possible to choose jobs and organizations that are rewarding and satisfying. This, in turn, will make you more productive and committed to your company – a win-win for both parties.

Another red-hot trend gradually sweeping across HR departments is the use of big data for sophisticated workforce planning. Using advanced algorithms, HR personnel will soon be able to not just mine and analyse data but also forecast future behavior.

If past behavior is any indication of future behavior – as it usually is – data can be merged and thereafter provide a range of insights, which span team behavior, employees who will leave the company soon, and a all kinds of individual activity.

Ultimately, employers and those in charge can make better, long-term personnel decisions and ensure that the company’s future is plotted out as far as possible.

Are workplace tests a part of your organization’s future? They should be.

Owing to their ability to identify each employee or recruit’s level of intelligence, skill, and perhaps, more importantly, their workplace attitudes and behavior, workplace tests are enmeshing themselves in the future of work.

By choosing the right tests for your organization, you can now achieve a number of company goals, including reducing turnover, all while improving employee engagement and productivity! 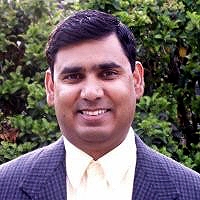